New York City father’s rights lawyer Martin Mohr (https://www.newyorkfamilylawgroup.com/fathers-rights-lawyer/) releases a new article explaining the father’s rights in a child custody case. The lawyer mentioned that although there are many things that have changed over the past few decades, mothers are often thought of as the primary caregivers of their children. In a child custody battle, both parents must create an agreement that is in the best interests of their children.

According to the article from the New York City father’s rights lawyer, “Before the 1970s, custody cases were decided in the United States by courts using a legal doctrine called the "maternal prefer" law. This doctrine presupposed that the mother was the best person for custody. Fathers' rights activists and lawyers for fathers, who cited civil rights violations under Fourteenth Amendment, challenged this doctrine. They were able to successfully remove explicit gender-based favoritism in state law.” 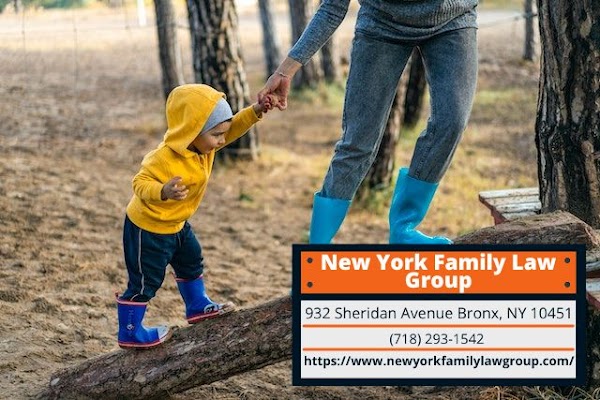 The lawyer mentions that no-fault divorce laws have been widely adopted and along with that, the presumption that mothers are primary caregivers has allowed mothers to take custody of their children despite the father’s objections. Most courts do not pay attention to the rights of the father in a divorce.

Attorney Martin Mohr says that a father’s rights are the same as the rights of a mother or any spouse. Both parents should have equal rights when it comes to child support, spousal support, legal and physical child custody, visitation, and marital assets. The court is not meant to assume that the mother will be a more suitable custodian for the children.

The article also says that if the court believes that the child will have a better and more secure life if they live with their father, it may issue custody and visitation rights accordingly. There are also several other ways that a father can protect their rights. Hiring a family attorney should be their first step when dealing with child custody battles.

“It’s also important to prove how much you’re supporting your child, show that you are providing a safe and supportive living environment, and gather evidence that custody or visitation with your child will be in their best interest. Establishing paternity may also be important in a situation where you are not married to your child’s mother. In this case, proving paternity is required before your rights as a father can be established and protected,” attorney Mohr adds.

Lastly, the lawyer emphasizes the importance of having a skilled child support attorney when dealing with matters such as child custody and visitation. A skilled lawyer may be able to help the parents understand their roles and responsibilities in the divorce and help them come to a favorable agreement.

New York Family Law Group is founded by attorneys Martin Mohr and Ethan Steward. Combined, the lawyers have over 30 years of experience in dealing with New York family laws. They aim to give their clients skilled representation and educate them about their rights while navigating the complicated terrains of family law-related matters. Contact them today at (718) 293-1542 to schedule a consultation.

Ray of Sunshine Senior Care Denton Earns Agency Recognition in Denton, TX, for The Third Year in a Row

Greenix Pest Control Urges The Locals In Carmel, Indiana, To Get Pest Control Services As The Spring Approaches To Avoid Unwanted Guests