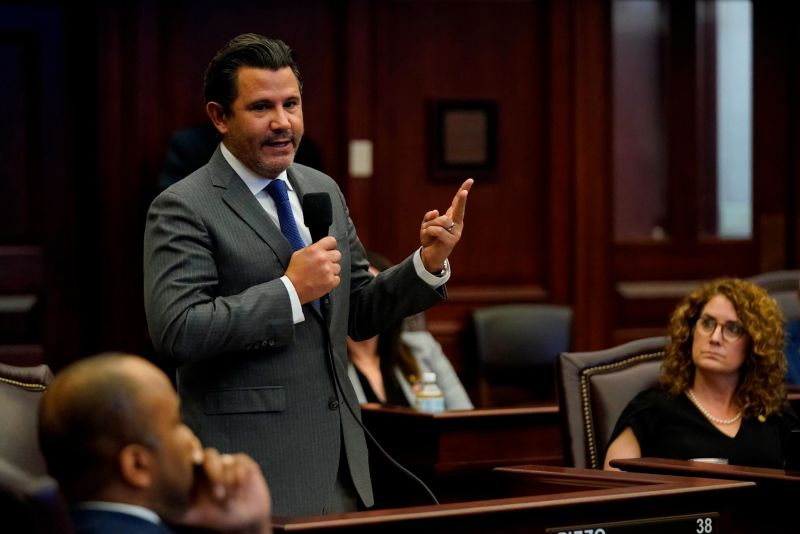 CNN —A Democratic lawmaker in Florida filed a lawsuit Thursday evening asking a court to block Republican Gov.
Ron DeSantis from transporting more migrants from the southern border, arguing last week’s flights to Martha’s Vineyard violated state law.
State Sen. Jason Pizzo, a Miami Democrat, contends that DeSantis illegally misspent taxpayer dollars by flying migrants from San Antonio to the Massachusetts island.
Florida Department of Transportation Secretary Jared Perdue, a DeSantis appointee, and the elected Chief Financial Officer Jimmy Patronis, a Republican, are also listed as defendants.
He has said the state has people in Texas “profiling” migrants who are likely headed to the Sunshine State, and they offered flights to Martha’s Vineyard instead.
Pizzo, who is suing DeSantis as a citizen of the state, also alleges in the suit that the state did not follow other requirements to spend the money.
CNN has asked DeSantis’ office and the Florida Department of Transportation for contracts and bid proposals related to the flights.
Budget records reviewed by CNN show two payments made to Destin, Florida, based aviation company Vertol Systems under the migrant relocation program.
The initial payment of $615,000 was made by the Florida Department of Transportation on September 8, six days before the Martha’s Vineyard flight.
In addition to flights, DeSantis also confirmed to Fox host Sean Hannity that migrants were put up in hotels and offered haircuts and other services before they were carried to Martha’s Vineyard.
If the DeSantis administration argues the migrants are not “unauthorized aliens,” then it would be once again in violation of the parameters of the migrant relocation program, Pizzo told CNN.
A fifth grader would understand why this isn’t allowed.”The lawsuit requested an emergency case management conference and hearing and called for “expedited deadlines” to prevent future flights.
Source