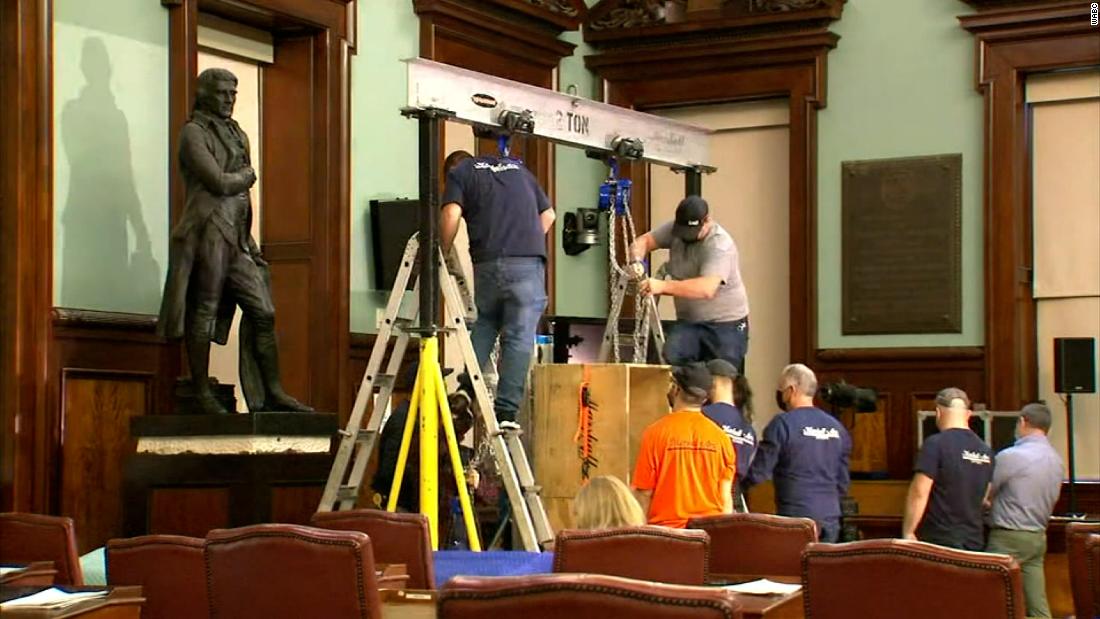 (CNN) After 187 years, a statue of America's third president, Thomas Jefferson, no longer sits in New York City Hall.
The statue, which is a plaster replica of the original, according to the city , was removed from its pedestal Monday.
The process took several hours, and the 7-foot statue was transported in a wooden crate to the New-York Historical Society, where it will be on a long-term loan.
Several cities have made moves to remove controversial statues tied to Confederate symbols and leaders connected to slavery.
"Thomas Jefferson was a slaveholder who owned over 600 human beings," Councilmember Adrienne Adams, co-chair of the Black, Latino and Asian Caucus, said in a presentation last month.
"It makes me deeply uncomfortable knowing that we sit in the presence of a statue that pays homage to a slaveholder who fundamentally believed that people who look like me were inherently inferior, lacked intelligence, and were not worthy of freedom or right."
Source