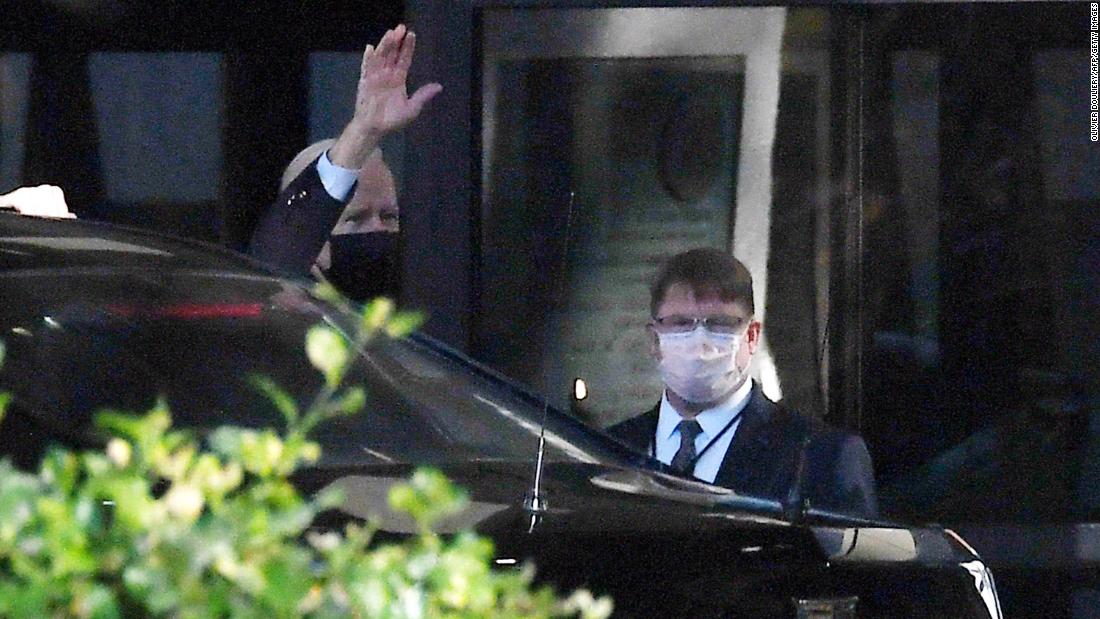 (CNN) President Joe Biden had a single 3-millimeter polyp removed during his routine colonoscopy last week at Walter Reed medical center.
The President's physician, Dr. Kevin O'Connor, on Wednesday reported that testing on the polyp has revealed it to be a tubular adenoma, a benign, slow-growing lesion that is thought to be potentially precancerous.
The polyp, O'Connor said, is similar to one that Biden had removed in 2008, and he noted that no further action is required at this time.
The physician said routine surveillance was recommended for the finding and that Biden would be due for his next colonoscopy in seven to 10 years.
The colonoscopy procedure, which required anesthesia, meant that Biden on Friday temporarily transferred power to Vice President Kamala Harris , who became the first woman to assume US presidential power for 85 minutes that morning.
Presidents are not required to publicly disclose the results of their annual checkups but have done so to be transparent and assure the American people in the face of questions about their state of health.
Presidents, however, have also hidden their illnesses, the severity of their illnesses or medical treatments.
Source