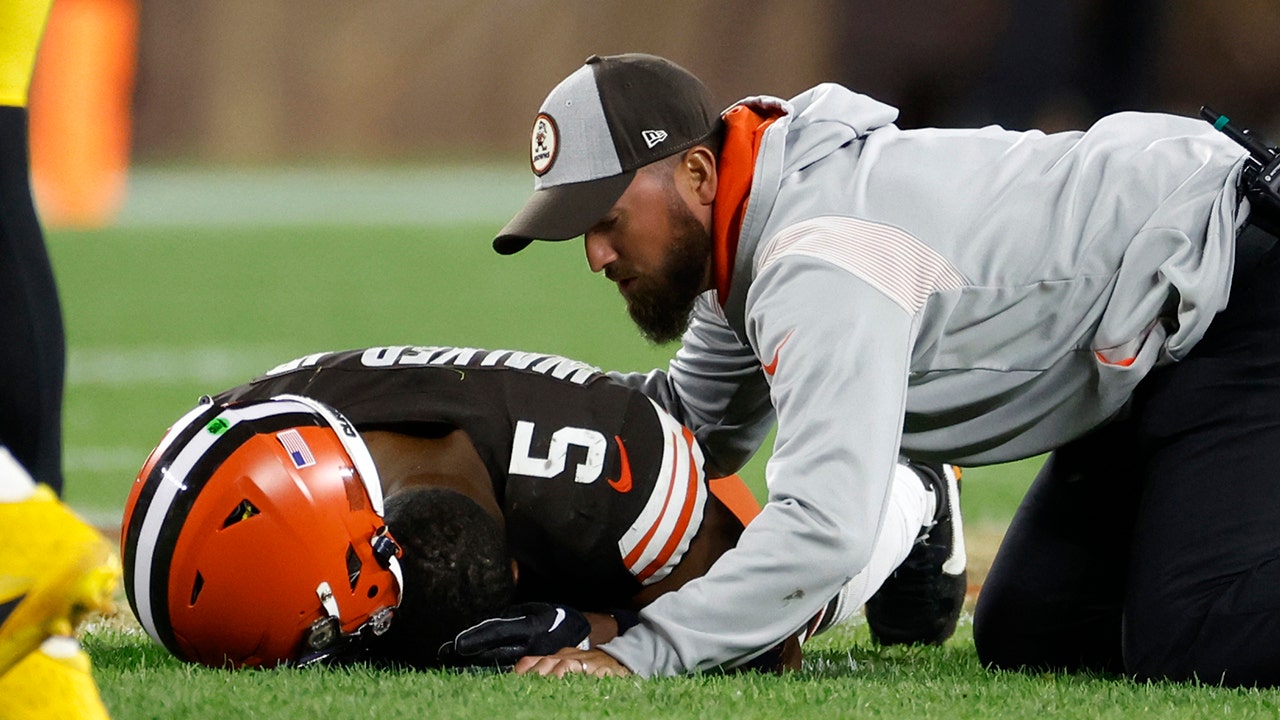 Pittsburgh Steelers offensive lineman Chukwuma Okorafor was ripped on social media Thursday night after an odd decision to fall on Cleveland Browns linebacker Anthony Walker Jr. while he was already down.
The play occurred in the third quarter with the Steelers leading the Browns 14-13.
Steelers quarterback Mitchell Trubisky threw a short pass to Jaylen Warren, who made a few moves and gained 35 yards on the play.
Okorafor was called for a penalty for being ineligible down field while Walker writhed in pain.
Replay of the incident showed Okorafor throwing a ferocious block at Walker, who immediately went down.
About two seconds go by and the replay showed Okorafor jumping on the back of Walker, who was already face down on the ground.
Walker was on the medical cart and Okorafor came over to check on him.
CAVALIERS' DONOVAN MITCHELL OPENS BROWNS GAME AS 'DAWG POUND CAPTAIN,' SMASHES STEELERS GUITAR PREGAMEOkorafor faced scrutiny for what appeared to be an unnecessary pancake on the defender.
Okorafor, 25, was a third-round draft pick in 2018 out of Western Michigan.
He’s started in 37 out of 38 games for the Steelers entering Thursday.
CLICK HERE TO GET THE FOX NEWS APPWalker, 27, was a fifth-round draft pick in 2017 out of Northwestern.
He’s played in 15 games for the Browns.
Source